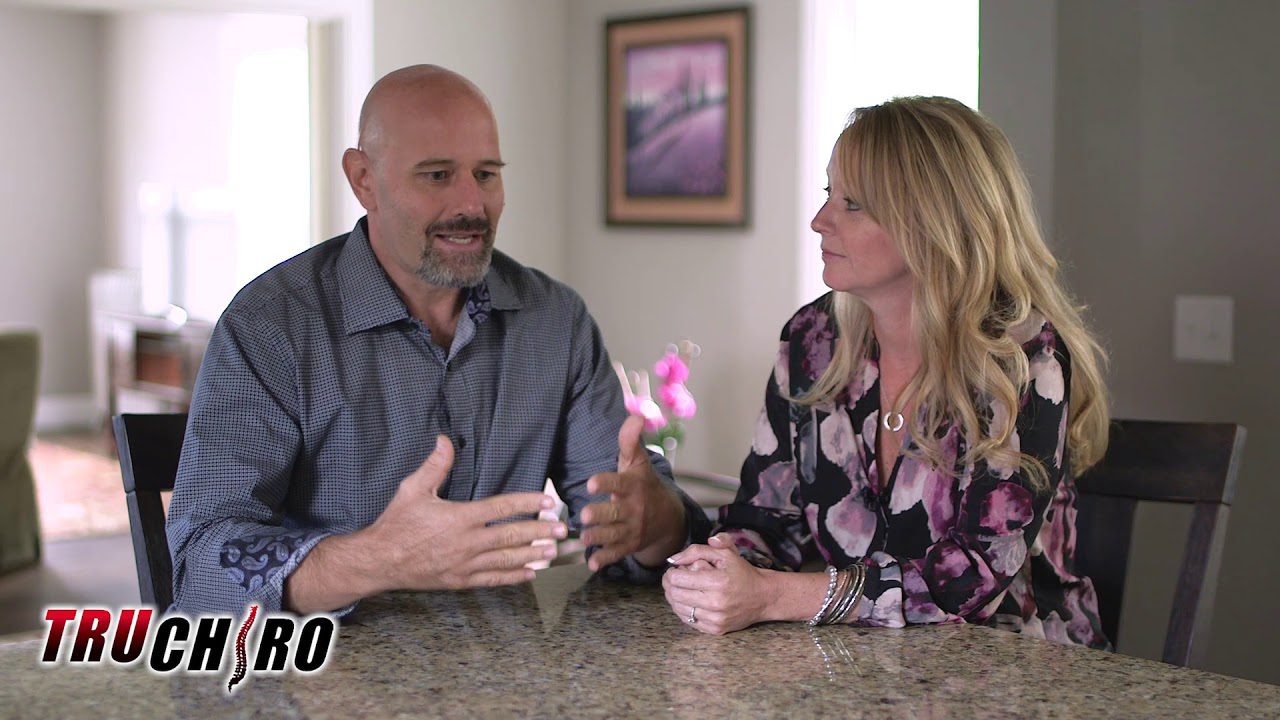 TRUCHIRO is the brain child of Dr. Clint Steele. In 1993 Dr. Steele graduated from chiropractic college and set out to change the world’s health. Unfortunately, what he found in the real world was not what he was taught in school. Most people only used chiropractors for neck and low back pain and insurance companies only paid for these conditions. So as a new graduate with huge student loan debts to pay off, those are the conditions he focused on even though he knew that chiropractic was about so much more.

17 years later he found himself stressed and burnt out and unable to help his patients in the way that he always envisioned, so he retired with no intention of ever going back.  A couple of years later a good buddy of his had just started practice and began posting video testimonials of his patients. He was helping improve and even alleviate a number of health conditions like anxiety, depression, sleep issues, gastrointestinal and fertility issues, autoimmune diseases, high blood pressure and so much more! This was more aligned with what Dr. Clint was taught in school.

So he decided to visit his friend’s office and find out how he was able to help his patients with all these conditions while he seemed to be relegated to only neck and low back pain. Within just a few minutes of being in his friend’s practice Dr. Clint began to understand the difference. The focus was on the nervous system, which coordinates the development of EVERY other system in the body. The same system that made the body was also capable of healing the body, provided nerve interference was removed from the spine and communication from the brain could flow through it.

Dr. Clint found his passion was re-ignited. He knew he had to get back in and practice the way chiropractic was meant to be practiced, the way chiropractic started over 100 years ago, chiropractic that focused on allowing the nervous system to function at its optimal level…through what he refers to as TRUCHIROPRACTIC.

Upon opening his new practice and sharing the truth behind chiropractic he quickly found that most of the people who came to see him had no idea that chiropractic could help so much more than just neck and low back pain. Although many of these people had seen chiropractors in the past they just had never seen the results they were now seeing under his care. The difference was because Dr. Clint was practicing neurologically based chiropractic. He was changing people’s lives in a way that he had always envisioned and was helping them with so many health conditions. Often, he was asked by his practice members if he knew of any neurologically based chiropractors in other areas of the country that he could refer their friends and relatives too. Unfortunately, Dr. Clint had a very hard time making these referrals and found it time consuming to research and find neurologically based chiropractors in other areas and that’s when the idea of TRUCHIRO was born.

The practice in Maine grew so fast within the first year that Dr. Clint needed more help and that’s when his fiancée Tina came on board. Tina’s perception of what chiropractic was all about completely transformed once he began adjusting her. She had suffered from chronic back pain for years, had several back surgeries and never went more than a couple of months without severe pain. In the past Chiropractic had only made it worse or offered relief temporarily. Now, under the care of a neurologically based chiropractor, Tina became pain free for the first time in her life and at this point had been for two years while under his care. Her mother’s IBS went away, depression lifted and memory improved after several months of treatment. She saw other family members who were suffering from a variety of health conditions significantly improve as a result of chiropractic care with Dr. Clint.

So, when the time came to bring on more help, she knew she had to be a part of the practice and help change people’s lives. She was inspired by all the success stories she saw day in and day out in the office. With a Master’s degree in Adult and Higher Education and over 20 years of experience teaching and educating others along with her personal experience with and new- found passion for neurologically based chiropractic, they decided that together they would set out to Share the TRUTH of Chiropractic While Changing the World’s Health One Family at a Time through TRUCHIRO.

Tina and Clint reside in Gorham, Maine and together have 6 children, 2 sons and 4 daughters ranging in ages from 11-24. They run a very successful cash only chiropractic practice with two separate locations and continue to grow. They are passionate about educating the masses with the truth of chiropractic and creating significant change in the current landscape of the health care system. In addition, they want to inspire other chiropractors to reach their fullest potential and join them on their mission along with support them in their practices and help them achieve the level of success they have had.